Have you experienced the frustration of trying to figure out what is making that chirping sound only to realize it is one of your smoke alarm letting you know the battery is dying?

Why does that always have to happen at 3AM on a Saturday it seems?

Why does that have to happen at all?

Enter Roost. Roost is a startup that has developed an internet enabled battery that can fit in existing smoke alarms to alert you via your phone or internet connected device about the battery getting low well before you get to the chirping phase (and at a reasonable time of day as well).

While this is a nice feature and would certainly help avoid those 3AM wake up calls, this also performs a critical safety function for homeowners.

According to a 2015 National Fire Protection Association (NFPA) study:

Smoke alarms are intended to do just that. Sound an alarm when there is a fire. If the battery is dead or non-functioning, that doesn’t happen and people can get hurt or worse.

By providing an internet connected solution, homeowners can be better informed of the status of their smoke alarms and even know of issues when they may not be home (Roost includes a feature that can allow you to alert your neighbors if you are away).

This is important technology that adds convenience but also keeps people safe. Roost needed a solution that was going to work under all conditions and could retrofit into existing smoke alarm 9V battery slots.

Naturally they chose OrCAD to help them solve their design and space challenges to get their product to market on time and on budget.

According to James Machiorletti, Hardware Architect at Roost:

"These [OrCAD solutions] translate into real time-to-market advantages and will result in real operating cost improvements, providing our customers with the best products sooner." 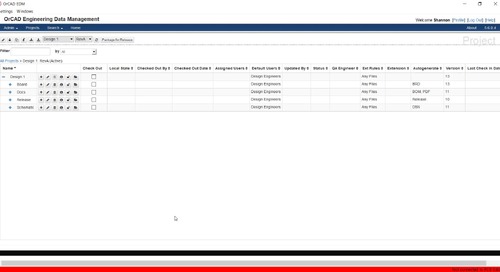 Automatically generate a report that compares footprints versions placed on the board to the corresponding ... 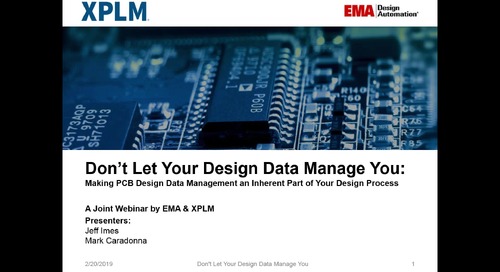 With all the pressures engineers face to make everything ‘better, faster, cheaper, smaller’ all in less tim... 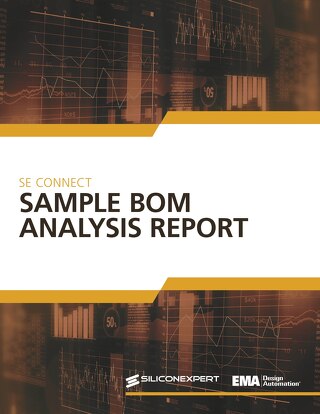 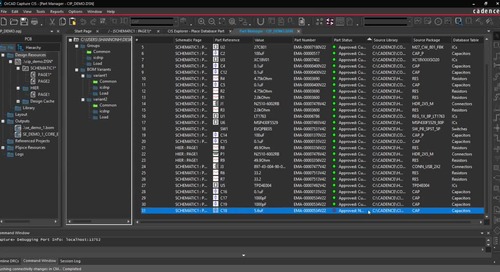 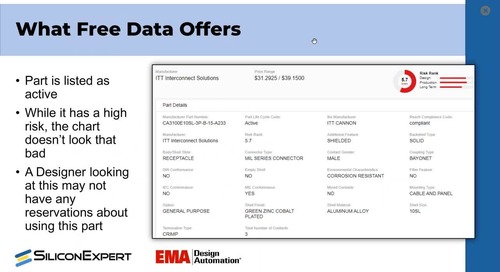 40:22
Part Selection Guidelines - What You Need to Know
Watch Video 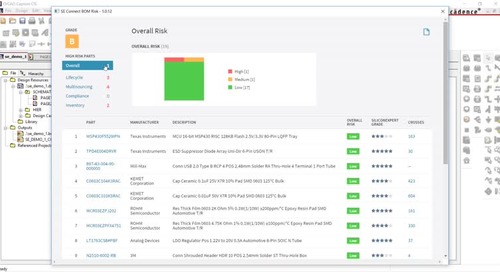 Discovering issues with part status and availability late in the design process can be detrimental to your project, causing production delays and costly respins due to bill of materials (BOM)... 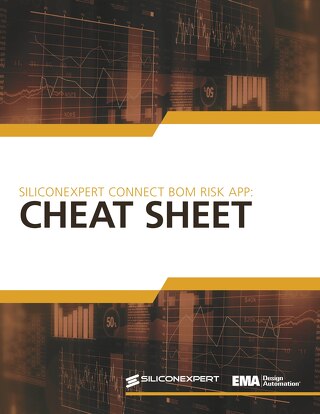 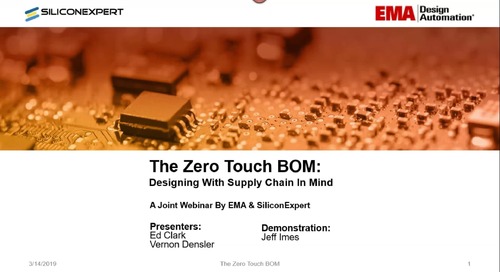 BOM denied. Redesign required. Dreaded words to any engineering team. Obsolete parts, RoHS / REACH compliance issues, inadequate stock, almost every engineer has been bitten by one of these issues... 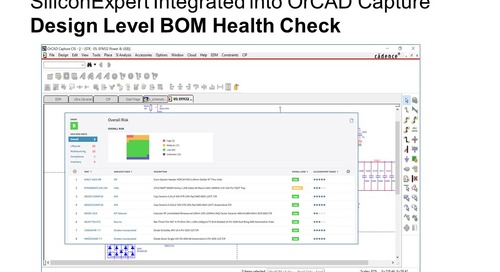 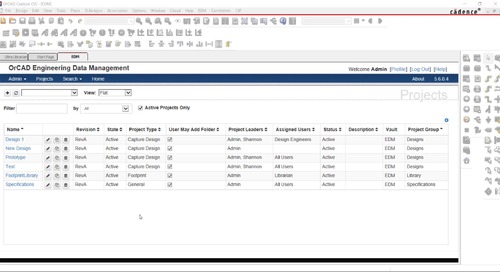 Reduce errors and save time with approved parts in OrCAD Engineering Data Management. Import schematic symbols, PCB footprints and pad stacks. Once components are approved, parts are promoted and... 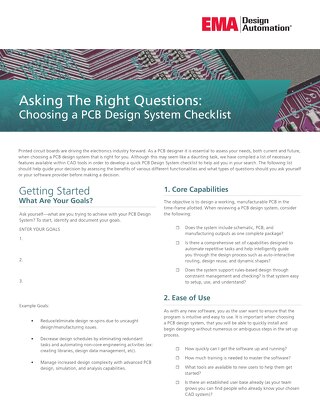 Automatically generate a report that compares footprints versions placed on the board to the corresponding footprint found in your promoted library- verifying all parts are up to date.

With all the pressures engineers face to make everything ‘better, faster, cheaper, smaller’ all in less time managing your design data can seem like the least of your concerns. However, data... 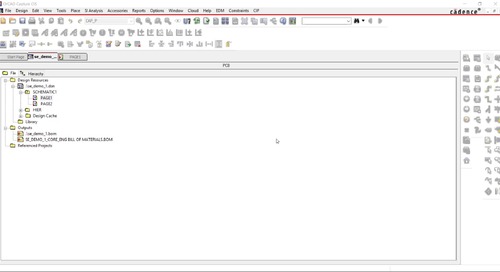 An overview of the Silicon Expert CONNECT BOM Risk app. This video will help you implement BOM Risk Analysis in your designs. NOTE: you need to be connected to the internet for this app to work... 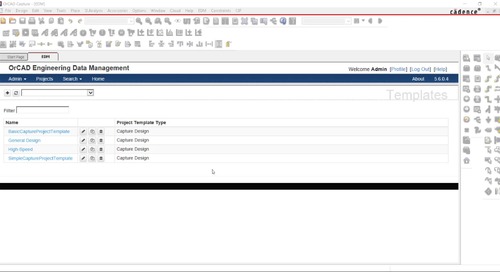 Ensuring consistency with multiple engineers for all your designs can be an overwhelming task. With OrCAD Engineering Data Management, you can now include your company’s templates as part of... 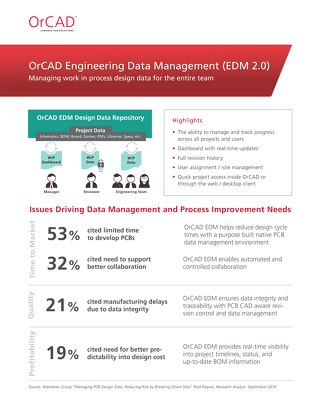 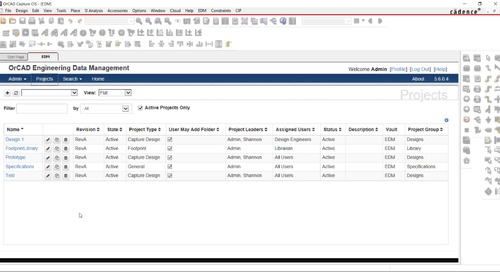 Preparing your design drawing data can be a tedious and time-consuming task, often prone to typos and errors. With OrCAD Engineering Data Management, you can now transfer this pertinent design... 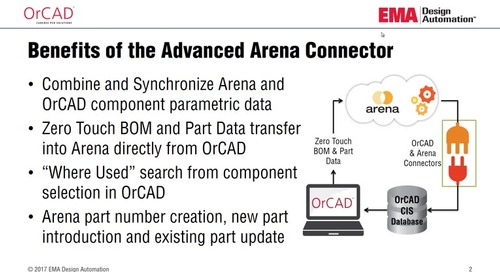 This video will provide you with a brief demonstration of the advanced Arena connector along with how you can combine and synchronize your Arena and OrCAD data. 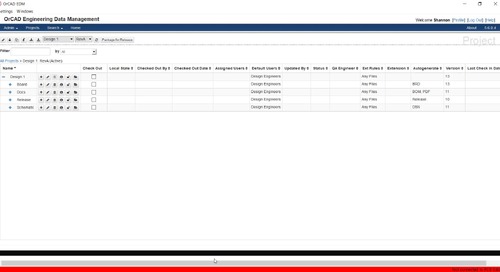 Properly executing the generation of manufacturing data is vital to the success of your board. OrCAD Engineering Data Management makes this process quick and error-free with the new Package for... 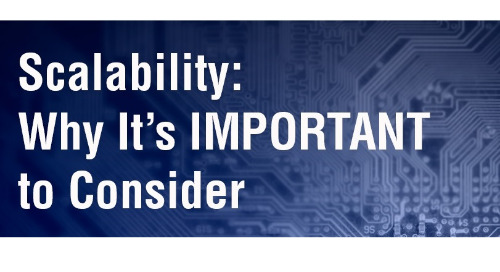 Scalability: Why it's Important to Consider

Scalability is critical for businesses to consider when making purchase decisions. We all know the importance of planning for the future and scalability gives us the opportunity to do so without... 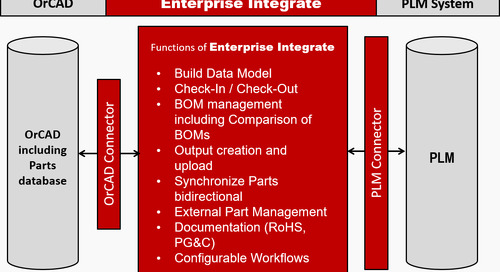 Managing all the facets of PCB design data can be a difficult task to tackle. As the electronics market continues to thrive, circuits have become more complex with shorter design cycles and less... 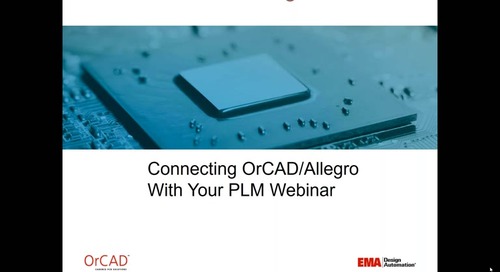 Webinar: Connecting OrCAD/Allegro With Your PLM

The old ways of managing PCB design data and communicating changes across the organization are no longer sufficient in today’s competitive electronics driven marketplace. Learn how bi-directional...