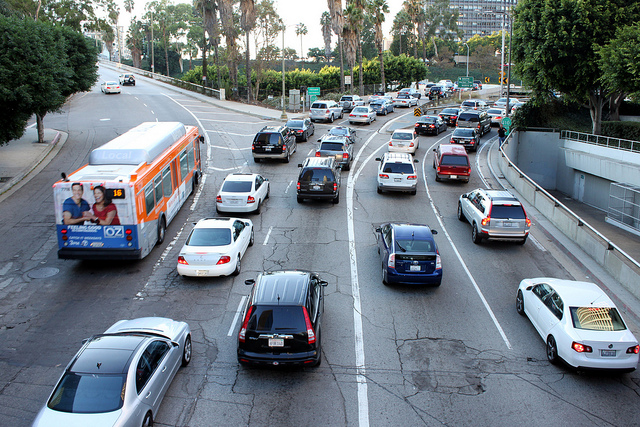 In 2016, there was an average of 102 car crashes a day in the U.S. And according to the National Highway Transportation Safety Administration (NHTSA), nearly 94% of automobile accidents are caused by human error. Given that, the potential of autonomous vehicles (AVs) as a way to limit safety risks may seem like a dream come true. With this potential comes the need for thoughtful consideration on the impact AVs could have on day-to-day realities for 21st century adults: parking and traffic.

A team of researchers from the University of Toronto notes that new parking lots for AVs could accommodate between 62-87% more cars than conventional lots for a variety of reasons, including parking lot design and vehicle behavior.

As autonomous vehicles grow in popularity, existing parking lots can be adapted or new lots constructed with a grid-like design. Since cars don’t need a lot of space to pull out they can be parked close together. And in dense urban areas where stacked parking is already a practice, instead of requiring a human driver to move cars around like puzzle pieces, AVs could simply signal to one another when a car needs to move out of the way.

Autonomous vehicles will also behave differently. Since driver doors won’t need to open for navigators or passengers, cars (AVs) will be able to park closer, saving at least 3 feet on each side, which is the standard measurement recommended for opening a car door.

Given the potential for conservation of space, parking spaces could be reclaimed and repurposed.  Redevelopment of parking lots to introduce more green space or even other businesses could eventually be on the horizon if AVs are kept in a centralized location.

Yet though traditional parking spaces near residences and businesses may reduce, there are other conditions to prepare for, such as the likely need to create more passenger loading zones for those users electing door-to-door service. As this outcome has been a direct result of the growth in ride sharing networks in cities like Las Vegas, who are now piloting designated passenger loading zones, researchers think a similar effect could occur due to an influx of AVs.

Finally, AVs could influence other aspects of consumer behavior--for example, will people still elect to have individually owned cars, or will they share? And if it’s the latter, where will the cars reside, and how will users reach them? The answers to these questions will have an impact on parking as well as congestion on city streets and suburban roads.

How could autonomous vehicles affect traffic?

Many immediately point to the potential benefits of AVs to vastly improve the traffic flow—if there are no distracted drivers, lane switching, or erratic accelerations—just precision movements guided by sensors, things could move along much more efficiently.

Our highways and secondary roads were not designed for the 21st century though, so redevelopment (including rerouting and road resurfacing) will be necessary. And this process may significantly increase traffic, at least for a time.

There are also risks concerning traffic depending on the outcomes of AV adoption, such as deurbanization: if people are happy to commute longer distances in their AVs, they may move out of cities. Commuting into those cities would still be a reality though, which means that there would be a greater overall influx of cars. Cars could even be larger for passenger comfort. In any case, these cars will affect traffic patterns and upon arrival, they’ll need a place to park.

Though autonomous vehicles have the potential to improve transportation safety, reduce traffic by imposing more consistent vehicle flow patterns, and ultimately allow for smarter parking solutions, the transition will not be immediate. Given that, investing time now to map out varied use cases and scenarios will only better prepare us for the road ahead. 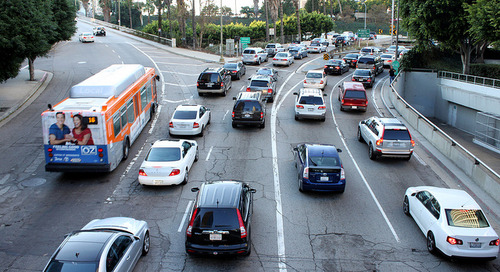 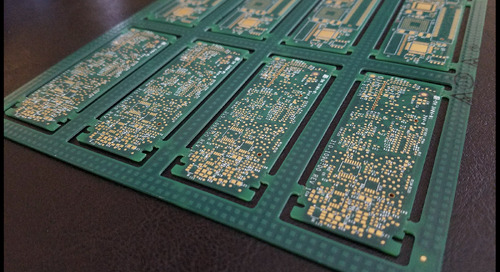 Fanouts and vias are simple in OrCAD with just one command and step. This document is intended to provide step by step instructions on the capabilities of fanouts and vias in OrCAD PCB Designer.

Circuit board viewer tools can help your design department by involving everyone virtually and reducing the amount of paperwork.

A load or load impedance is the concept of connecting a device or component to the output of a functional block.

The use of a figure of merit in electronic systems, as we explain in this blog, can help you improve the cost-effectiveness of your PCBA development.

Eco-friendly electronic product design is about learning from our current environmental crisis and employing various Design for Environment standards.

Convolution in the Frequency Domain and Time Domain from Simulation Data

Convolution in the frequency domain can be complex (literally), but a set of simulation data can be used to calculate this easily.

Design and Simulation of Schmitt Triggers

Schmitt triggers are easy to design and simulate with the right design tools. In this article, we explain how.

For better success with your PCB project management process, take a look at how cloud-based tools can help.

How to Build Your Stackup in PCB Design Software

Creating a layer stackup in PCB design software takes an understanding of the needs of the design and knowing how to best use the tools at your disposal. 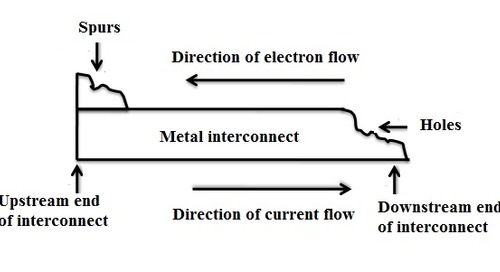 Electromigration and IR drop are difficult processes to calculate and verify in any circuit design. Work with the best tools to verify adequately. 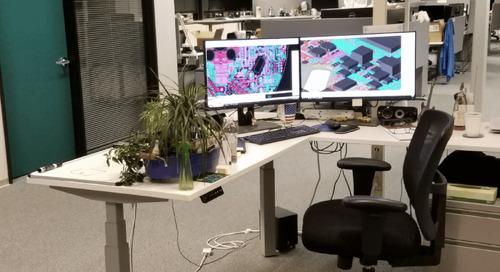 Working remotely has its challenges.The challenges are doubled for the manager of a remote CAD team. 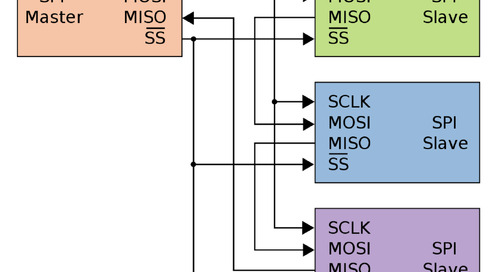 Unfinished business that was started in the 60s calls on us to revisit the terminology used in the design world. 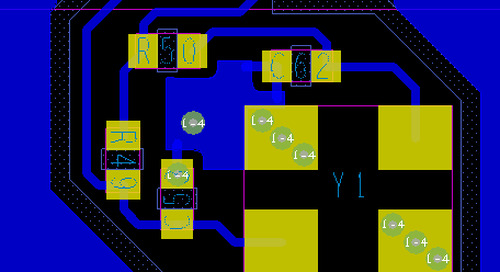 Taming Electromagnetic Interference on Your PCB - What’s All This Noise?

EMI is a complex problem. Adhering to solid design practices for power, ground, and routing contribute to success. 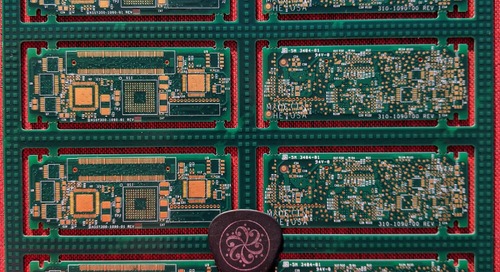 A methodology for providing fast answers to the question of the board technology for a new design. 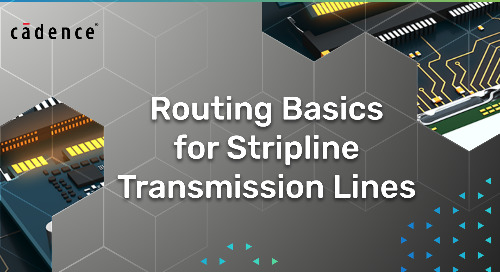 This article looks at what stripline transmission line routing is, and how you can use your design tools to more effectively route these sensitive traces. 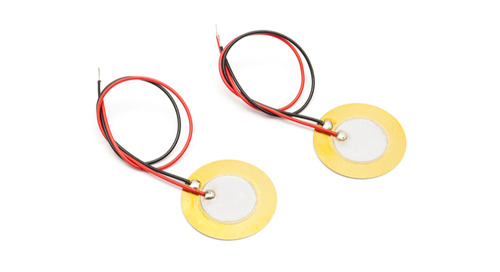 Types of Piezo Actuators and the Applications of the Piezoelectric Force

A Piezo Actuator functions on the inverse piezoelectric effect; therefore, when we apply voltage, the actuator will contract or expand. 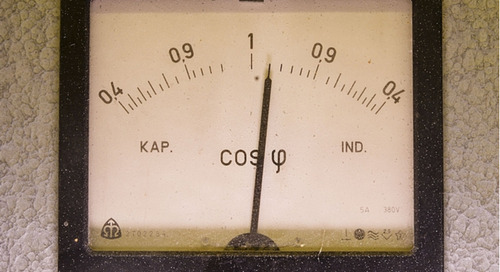 Using power flow calculations to optimize your signals during design, as discussed in this blog, can shave time and costs from your board development process. 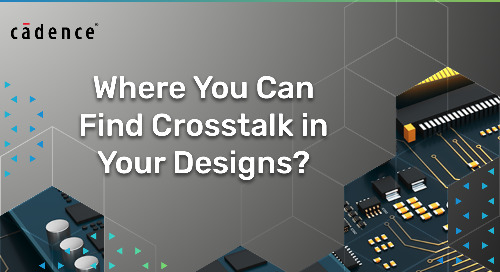 Where Can You Find Crosstalk in Your Designs?

Controlling crosstalk is one of the most important aspects of signal integrity. Here’s how you can use Allegro’s post-layout analysis tools to examine crosstalk in your PCB. 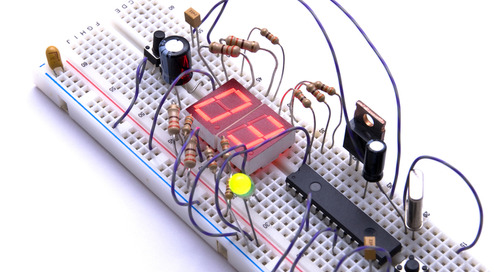 Virtual prototyping is a simple process where a device is developed and simulated before it is built as a proof of concept. Learn more in this article. 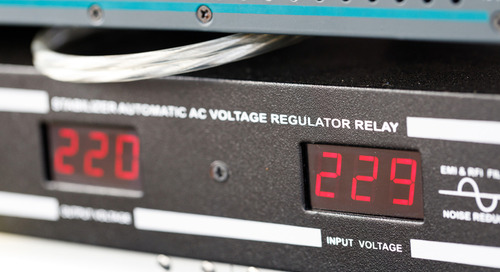 Your voltage regulator circuit is designed to provide stable power to your components in your PCB. Here are the tools you need for design and simulation.