The military is known as a leading innovator in electronic technology. In honor of Navy day EMA wanted to highlight some of the advanced technologies that would not be around if not for military innovations. From WWI up to present day, military technological innovations have paved the way for consumer products. Thomas Edison and his Naval Consulting board were some of the first major innovators in the electronics field. Edison and his team worked on projects to help solve military problems and aid in warfare. PCBs became a fundamental tool for military operations including navigation, missiles, and surveillance along with communication equipment. As time progressed, standards began to increase and military equipment requirements expanded to include high-density, rugged, and reliable products.

It has been estimated that computers and electronics account for one-third of the entire defense department expenditure. With such a large budget, military equipment is held to much higher standards than consumer products. Although military PCBs are produced at lower volumes than commercial grade products, expectations for product performance is more complex. The typical expected lifetime for a commercial product is estimated to be between 2-5 years before the technology becomes obsolete. Military applications however take longer time to develop and have a much longer expected product lifetime of between 5-15 years.

Due to these expectations, typical military grade PCB designs are required to meet IPC-A-610E Class 3 for High Performance and Electronic Products standards. These standards require products to display continued high-performance levels and performance on demand with zero tolerance for equipment failures. Pre-layout simulations are also a critical process to developing military grade products as it is typically difficult to test applications in the real environments.

Military standards also require more rigorous forms of testing prior to production. The standard testing process includes Design for Test (DFT), New Product Introduction (NPI), and Design for Manufacturability (DFM), along with x-ray testing. Although testing is extensive, such tests have a significant impact on the number of revisions required and ultimately result in a superior product.  In addition to testing, product engineers for military grade equipment must diligently choose the best manufacturing process for the end use of the product. It is essential to avoid cutting corners and utilize the highest quality of chips to create the best possible product.

Differences in PCB design for Military and Commercial Uses

Although many consumer products derive from military product designs, there are some major differences seen in military products. As mentioned previously, the military has often paved the way for product innovation. That being said, military applications tend to be highly specialized with specific functions and packaging restrictions. PCB designs for military use need to be mindful of expectations including longer product lifecycles, extreme use cases, and temperatures. Military products are expected to be more reliable, robust, and rugged than consumer products which require more strict design constraints.

PCBs developed for military use must be populated with mil spec components with tighter tolerances of 1-2 percent instead of commercial grade components with grade tolerances of 5-10 percent. Often time’s engineers recommend PCB designers increase the current in military circuitry above and beyond that of commercial grade circuitry—adding an extra cushion of current to ensure the product will not fail under extreme circumstances. Extra cushion is also recommended for mechanical holes and other dimensions for an increase in efficiency and strength.

Much of our commercial grade applications first began as military concepts and later evolved to meet the needs of the mass market. Often times the intended use for consumer products as we know them today were not the original use intentions, but instead adaptations of military grade equpiment. Some examples of consumer products first developed by the military include:

With so much to consider it is no wonder military engineers pave the way in innovative products.  As a result, many of the electronic applications we use today may not be in existance if it weren't for the military’s push for high standards. 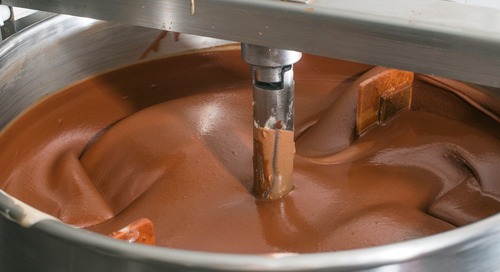 Healthier Chocolate Will Soon Be Available Thanks to Electrical Engineers

No matter where you are from, we can safely say chocolate is arguably one of the most popular sweets. Howev...

Improving time to market and producing a high quality product is something all designers aim for—creating a...