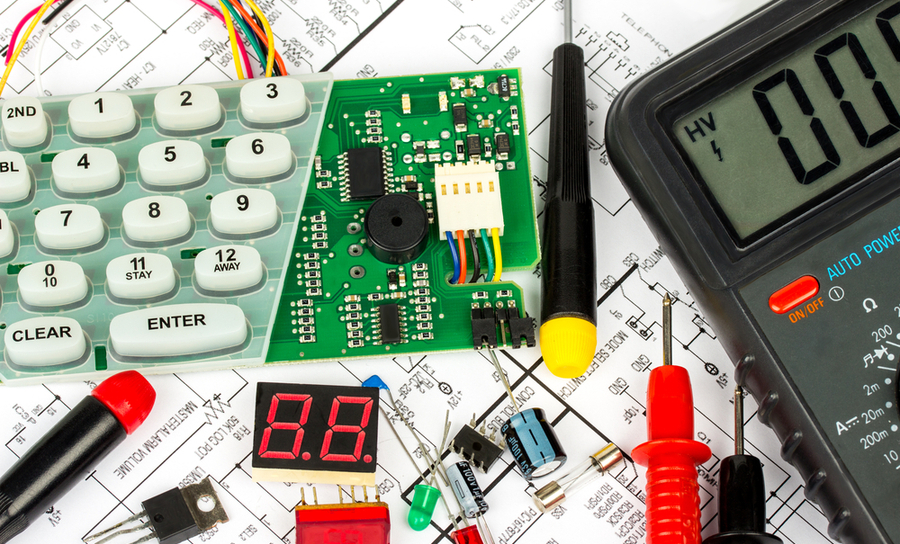 My first introduction to an LED was in my local Radio Shack during a component quest for my science project. The goal was to create an AT-AT that walked, and the finishing touch was the LED lights in the cockpit.

Needless to say, I have been a fan of LEDs ever since. However, I am not alone, especially with the millions of TV remotes in constant use. In fact, I have witnessed a certain sibling that was so addicted to a remote that she literally forgot how to turn on the TV without it.

Not to mention the fact that on occasion, I would pull out my trusty black electrical tape and use it to block the IR LED signal from the remote. Don’t judge, that is what happens to older sisters who try to boss their little brother around when our parents weren’t looking. With all seriousness, the LED is a versatile, application friendly, and widely used component. Therefore, it is essential that designers understand the parameters that affect their functionality and performance.

What are Infrared Light-Emitting Diodes?

The various IR LEDs may produce infrared light of differing wavelengths, just like different LEDs produce light of different colors. IR LEDs are also useful in many types of electronics, such as remote controls for televisions and numerous other electronics. They are even in use in cameras; these infrared cameras use IR LEDs like a spotlight while remaining invisible to the naked eye.

The demand for IR LEDs is due to their versatility. For example, IR LEDs, in conjunction with several different types of sensors, are commonly in use in machine-to-machine environments and Emitting Internet of Things (IoT) applications.

How Do IR LEDs Work?

In summary, an IR LED is a special type of diode or simple semiconductor. As I am sure you recall, electric current only flows in one direction in diodes. As the current flows, the electrons fall from one area of the diode into holes in another area. This is made possible by the electrons shedding energy in the form of photons, and this process produces light (electroluminescence).

It is also necessary to modulate the emission from an IR LED to use it in electronic applications to prevent spurious triggering. The modulation makes the signal from an IR LED stand out above the noise.

Furthermore, infrared diodes have a package that is opaque to visible light but transparent to infrared. Overall, with the extensive use of IR LEDs in remote controls, safety alarm systems, and just about every other electronic device, has made them extremely cost-effective.

The Principle Operation of an IR LED?

Schematically speaking, the symbol for an LED is a regular diode shape inside of a circle, with two small arrows pointing away, which indicates light emission.

Also, the usual or typical operating current for a standard-sized LED is around 20 mA. Furthermore, when operating an LED from a DC voltage source higher than the LED’s forward-voltage, a series-connected (dropping) resistor needs to be utilized to prevent full source voltage from damaging the LED. 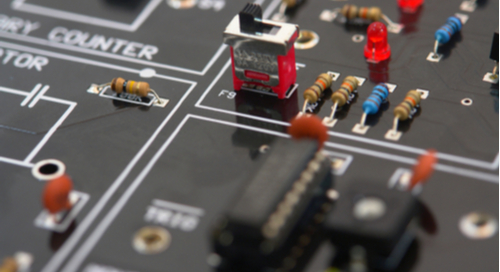 LEDs will need particular attention for their voltage sourcing needs.

So, let’s consider these two example circuits, with one using a 6-volt source and the other using a 24-volt source, both with a set LED current of 20 mA.

In our first example, the (red) LED is dropping 1.6 volts; therefore, there will be 4.4 volts dropped across the resistor. Also, sizing the resistor for an LED current of 20 mA is as easy as taking its voltage-drop (4.4 volts) and dividing it by the circuit current (20 mA), following Ohm’s Law (R=E/I), thus giving us a figure of 220 Ω.

When calculating power dissipation for this 220 Ω resistor, we take its voltage drop and multiply by its current (P=IE), and the result is 88 mW, well within the rating of a 1/8-watt resistor.

Now in our second example, we explore the effects of an increase in the voltage source. The higher battery voltage will require a higher resistance in our dropping resistor and possibly a higher power rating as well.

For example, the dropping resistor must be increased to a size of 1.12 kΩ to drop the necessary 22.4 volts at 20 mA so that the LED still receives only 1.6 volts. That increase also means a higher resistor power dissipation of 448 mW. Therefore, it is evident that a resistor rated for 1/8-watt power dissipation or even ¼-watt dissipation will overheat if used here.

The Overall Effects of Dropping Resistors in IR LED Circuits

Dropping resistors in IR LED circuits are vital to the life cycle and overall functionality of the LED. However, circuit behavior is very predictable in relation to the subtle increases and decreases in resistance.

Also, dropping resistor values do not need to be exact for your LED circuit, as long as you understand what this means in terms of LED performance. For example, let's say we were to use a 1 kΩ resistor in our earlier simulation model rather than the 1.12 kΩ resistor. The overall result would be a slightly higher circuit current and LED voltage drop.

This, of course, will result in brighter light emissions from the LED and a slightly reduced life cycle (burn-out). Conversely, a dropping resistor with a value of 1.5 kΩ instead of the 1.12 kiloohms, this will result in less circuit current, less LED voltage, and lower light emissions from the IR LED. In summary, LEDs are quite tolerant of the variations in applied power; therefore, you may not need to strive for perfection when sizing the dropping resistor unless your design demands it. 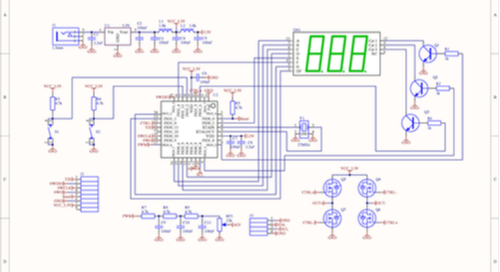 Accounting for voltage drop starts from the very beginning of your designs.

IR LEDs, like all LEDs, are a part of almost every electronic device. Their cost-effectiveness and efficiency make them one of the most widely used components in the field of electronics. Therefore, understanding how they function and interact with the various circuits they are in is vital. I know that most of us do not readily think of IR LEDs until our remotes do not work, or our alarms are sounding.

Have your designers and production teams working together towards implementing strategies for proper IR LED voltage drops in all of your PCB designs with Cadence’s suite of design and analysis tools. Allegro PCB Designer is the layout solution for LED circuit design in your current and future PCB designs. 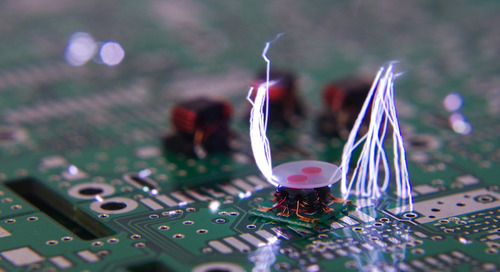 Electrical shock fatigue can cut the lifecycle of your board short. In this blog, we tell you how to avoid ... 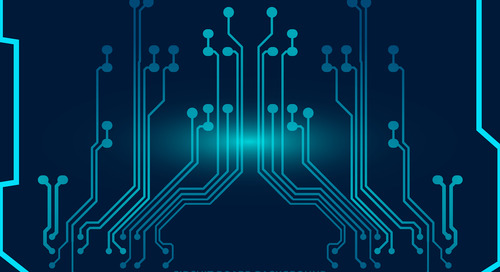 The Effects of Plane Current Density on PCB Design and Functionality

The importance of plane current density is equal to the significance of the overall design itself. 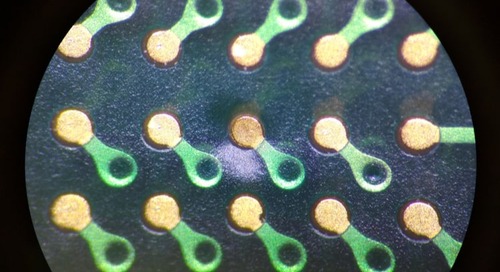